Sushmita Sen who was the first woman to win Femina Miss India in 1994 and became Miss Universe the same year, winning the heart of everyone in the industry of beauty and pageant. 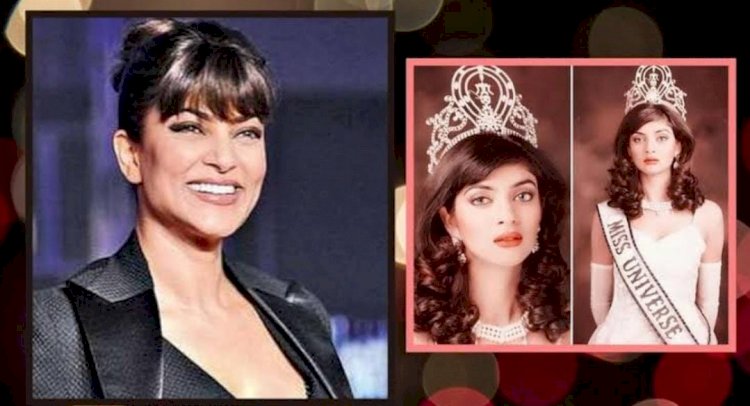 The defined beauty of inside out Sushmita Sen is an Actress, Singer, Beauty Pageant, and a single mother who has shown the example of being bold in the society as a woman. Though she had many failed relationships,and never got married but being a single mother she always kept her priorities up. We can see her astonishing journey of a tomboy to the Beauty pageant.

Sushmita Sen was born in a Bengali family and being the daughter of Indian Air Force Wing Commander she attended various schools but, mostly she completed her schooling in Air Force Golden Jubilee Institute and Air Force Silver School. Back then her appearance was more boyish and all her friends were boys. So, considering to become Pageant was the big thing for Sushmita. Even her medium of language was Hindi so she wasn't that fluent in English. But later, the following year she learned English and mastered it which made her choose English as  major. It helped her to be more expressive with her words in this language. At the very young age of 15, Sushmita participated in the Air force club contest and that was her first time participating in any beauty contest. And the following year she took part in other Beauty contest. But being born in a Middle-class family, it was difficult to think of a future ahead of her as in the field of the pageant. Yet she broke the stereotypical boundaries of society and left behind the feeling inferiority of being a tomboy. In 1994, Sushmita decided to participate in Femina Miss India. When she got to know that Aishwarya Rai is also participating, Sushmita decided to back off immediately along with the other 25 participants. But her mother encouraged her to stand still and asked to give her the best shot. And that year she was crowned as Femina Miss India and Aishwarya Rai was the first runner up. And that following year when she went for Miss Universe, Sushmita became India's first woman who won the title of Miss Universe in 1994. Once She mentioned in one of her interviews that on the day when she was crowned as Miss Universe, wore a gown from Sarojini Market because it was difficult for her to afford costly clothes and she wasn't financially stable to afford, that's how she proved ''fashion is not about branded clothes but the way you wear and flaunt it''.

She started her career as an actress from the movie 'Dastak'.Though in the beginning, it wasn't able to make it up on the screen but later she gave some of her hits which took her career on a different peak. Sushmita enrolled herself into various characters and it helped her to portray herself differently. She won many awards for her movies like Filmfare Award for Best Supporting Actress, Zee Cine Award, etc. Sushmita Sen is one of the active social workers.Her main focus is on educating girl child and promoting their education. But being an unmarried woman there were many problems she faced like for the adoption of her first daughter. After a long fight, she was able to adopt her daughter Renee Sen and later Sushmita adopted Alisah Sen.For her charitable work, she won many awards like Mother Teresa International Award. Sushmita proved to be the change in society instead of evolving herself as the changing norms of the society. She has set an example for every woman for there independency and women's significance in society.

Those Profitable Business, Which You Can Start In Just 10 Thousand Rupees