As we all know that a few years back our predecessors need to stand in a long queue to get movie tickets booked. Even sometimes they are forced to see the board of "HOUSEFULL" Nevertheless, our age is fortunate enough that we can book movie tickets with such ease and the driving force behind the idea is Ashish Hemrajani-founder of BookMyShow.com. 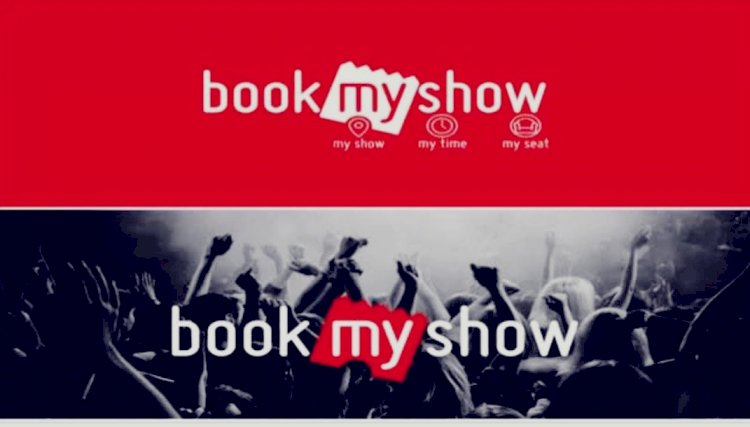 India’s biggest online movie and events ticketing brand. It caters to ticket sales for movies, plays, concerts, and sporting events (you name it and they have it). The launch of its mobile app made its brand go to a whole new level of success. It is certified as the most successful mobile e-commerce app in the country.

There was a time when booking tickets was one hell of a task, standing in long queues hoping that you get the desired seats. Book My Show has changed the face of the Ticketing System for movies and events in India. The brand is the brainchild of three friends; now co-founders of the company Parikshit Dar and Rajesh Balpand.

When the country was still learning and understanding about computers and internet and the online market was not a known concept in India, Ashish Hemrajani, 24 years old, launched Book My Show with two other co-founders, Parikshit Dar and Rajesh Balpande, all three alumni of Sydenham Institute of Management, Mumbai University. They had been working for J.W. Thompson, SPAR, and Chatterjee Soros Group, respectively. In 2007 they officially came up with the Book My Show website.

The major purpose of this start-up was to bring the concept of online movie ticketing to India. And soon as it expanded, it started offering online ticketing solutions for theatres, events, concerts, and sports as well. Unlike some other fortunate people, Ashish Hemrajani had to face many problems. In the sixteen years of his journey, he has gone through many ups and downs in his life.

In the year 1999 Ashish Hemrajani along with his two friends and now co-founders Parikshit Dar and Rajesh Balpande went for a trip to South Africa. During that time he was working for J. Walter Thompson, an advertising firm, after completing his masters in business administration. This trip was a life-changing event for him. An idea struck him, while he was sitting under a tree and listening to radio promoting rugby tickets and decided then and there to quit his job and decided to start his own company.

At the age of 24, he launched his first-ever internet venture; “Big tree Entertainment Pvt. Ltd.” with its head office being the same as his bedroom. Afterward, the co-founders Parikshit Dar who took over Technology and Rajesh Balpande who took over Finance joined him as they approached investors. It wasn’t easy to get investors and with internet and technology not that prevalent at that time it was even more difficult to present their proposal. And to everyone’s surprise, they got their first investor (JP Morgan- Chase Capital Partners) by sending their proposal through “FAX”. Something more surprising is that they ran their business under the brand name ‘Go For Ticketing’ which later they rebranded to ‘India Ticketing’ in 2002, before finally being called ‘Book My Show’.

As you know it was not an easy task to sell tickets online during that time because of many reasons such as no credit and debit cards, poor broadband connectivity, and lack of e-ticketing software in theaters and single screens and with 21 other competitors in the market, it became even more difficult. They literally bought tickets in bulk and sold them to customers by sending 100s of people to deliver tickets.

With all the difficulties coming in their way they were learning how to overcome the problem. They were doing good business and accounted for 150 employees. In 2002, the Dot Com market crashed and everyone in the industry got the biggest shock of their life. It was even worse for the ones who were new and one of them was Big Tree Entertainment.

They had a really hard time and their business suffered a huge loss. All investors pulled their hands; their situation was literally hand–to-mouth. They had to cut down on many employees and had to shut down all the offices along with their operations and only focused on the major cities of Mumbai & Delhi.

This fall made them realize a lot of things and made them see things very differently. There were only two options left for Ashish Hemrajani; either to shut the business down and go with the jobs that were being offered to him or keep hope in the business, invest all that he had and take a huge risk and start all over again. So with confidence, he decided to stick with the business but this time he was really cautious and did things differently. After the Dot Com Tsunami was over, the market completely changed in India with better Internet, debit, and credit card facilities, and infrastructure was also improvised.

But with the downfall, they learned that they had to be really smart in the business and decided that the software that they earlier offered for free would now be given at a price to pay.

They now had a business model in place and they were all ready for their great comeback. So now that they were ready for their comeback, they started approaching new investors, and luckily in March 2007, Network 18 invested in their business giving them a 60% stake in their business.

Now that he was fully ready to be back in business, he launched the ticketing business again which gave birth to “Book My Show.com”

But this time they made sure that there was no loophole in their business structure and secured itself in every way. They expanded to global markets like Malaysia and New Zealand not only that they also expanded in every genre and served as an exclusive ticketing partner for brands like Indian Premier League, Super Fight League, Formula 1, Yonex Badminton Championships, Aircel Chennai Open and many more.

Later in 2013, they had a tie-up with PVR Cinemas by signing a five-year strategic partnership deal, adding 250 new cinema screens.

In 2014, Book My Show got a new partner, SAIF who chipped in INR 150 crores which made it possible for Book My Show to increase its presence. Presently, they are connected with over 1,500 cinema screens across 200 and more cities in India for ticketing services as well as providing software solutions to them.

Impact Of Covid19 On Education & Schooling Of Children