Prompted by a domestic abuse case and understanding the situation of women who are locked up in their houses with their abuser and might fail to reach out for help, IPS officer, Rema Rajeshwari decided to set up a mobile safety vehicle for the victims to seek aid abruptly. 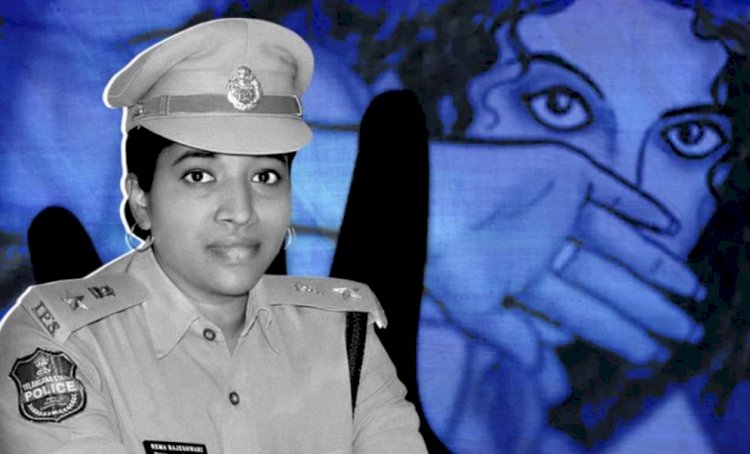 COVID-19 lockdown coerced the whole nation to stay locked up in their houses. Most of them were left with no choice but to say inside their houses with their spouse and families and with that, a number of domestic violence cases started pouring in from across the country. According to a report by the National Commission for Women, cases of domestic violence almost doubled up since the inception of the pandemic in March this year. This prompted Telangana's Mahbubnagar district's Superintendent of Police, Rema Rajeshwari to bring into being, a ‘mobile safety’ vehicle to help domestic abuse victims amid the coronavirus lockdown.

While speaking to Humans Of Bombay about the initiative, the SP said that it was a woman’s call that prompted her. A few days ago, Rema received a call from a woman from Kanpur who was concerned about her sister. The woman also unveiled that her sister's husband would hit her regularly.

“We sent a dispatch team and found her in such a terrible condition, it shook me. She was badly bruised, hadn't had a single drop of water in 3 days, and was writhing in pain,” said the officer.

After rescuing her, the police rushed her to the hospital where her treatment lasted for three days. Later, the survivor lodged a case against her husband. The department also assisted in arranging inter-state travel so that it was possible for her to move from Telangana to Uttar Pradesh.

“That incident was an eye-opener — there were so many victims of domestic violence living with their abusers, and they couldn't even file a complaint,” Rajeshwari said.

After the consideration of the severity of this situation that so many women would be locked up in their houses at the moment with their abusers and might fail to reach out, the officer decided to set up a mobile safety vehicle. It would seek out domestic violence survivors per se instead of waiting for them to approach the police.

“To extend a helping hand, I established ‘Mobile Safety’— a vehicle with my team members doing rounds across the district. In two weeks, we had 40 cases! Alongside, more members of my team stepped up to help the general populace,” explained Rema.

According to the reports of NDTV, Rajeshwari and her team also started setting up food banks along the highways to provide food and water to the migrants walking back to their home.

“Once the railways finally opened, we helped 11,000 workers reach home in under 15 days. My team has put their lives at stake to help people” she said.

Since the time the post was shared, the interview has collected over 46,000 likes on Instagram and another 18,000 on Facebook. People have highly praised Rajeshwari and her team in the comments section.

8 Tips For Entrepreneurs To Maintain Stability During Pandemic