His Parents Forced Him To Pursue Engineering, But He Stayed True To His Passions And Became A Successful Entrepreneur

This motivational quote "Stop thinking and start working" did not come from any veteran, but from a normal-looking young man. This successful young man is not only a first-generation entrepreneur but also a writer and filmmaker. 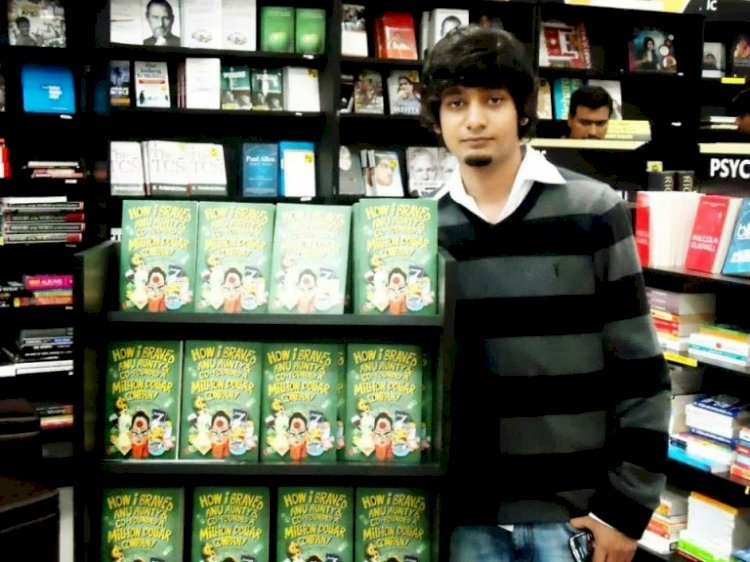 He has very boldly and resolutely established his identity as a key entrepreneur and believes that success is making the right decision at the right time, hard work, and learning from failures.

Despite struggling to pass the engineering exam, he founded a million-dollar company. This once again proved that it is not the degree that makes a person successful but it is the vision.

Entrepreneur Varun Agarwal was born and raised in Bangalore. From Bishop Cotton School, he completed his primary education. He has been interested in photography and filmmaking since childhood and wanted to pursue a career in cinema and photography, but due to family pressure, he had to accept engineering courses.

Even after his admission to an engineering school (CMR Institute of Technology, Bengaluru), Varun's connection with the film never deteriorated. She even started filming in college. At the same time, he set up a production company called "Last Minute Movies" and produced many short films. Today, Last Minute Films is one of the largest filmmaking companies in the country and has produced numerous music videos, corporate films, and commercials that have generated over 3,50,000 views on YouTube.

After several unsuccessful attempts, he managed to complete his engineering studies and then work as a film director for Phat Phish Films. He worked there for a while and at the age of 21, he made a film with Preity Zinta as a theater and AR Rahman as a music director.

Then Varun decided to start the entrepreneurial world with his film career. At the age of 23, he started the Alma Mater project with his friend Rohan Malhotra. Alma Mater collaborates with educational institutions in the country in the production and distribution of shirts, T-shirts for students and alumni. It is now one of the largest textile printing companies in India. Alma Matera's annual sales now stand at a few crores of rupees. Varun is also the co-founder of the Reticular website.

In 2012, Varun wrote his first book, How I Resisted Aunt Ana and founded a million-dollar company. It became an instant hit, and the book sold like hotcakes. In his book, Varun explained his own success story, how he started his adventures with a friend and how a company worth a million dollars was founded.

Since childhood, Varun has always dreamed of a career in film production. His parents forced him to enter an engineering company that never entertained him. He spent four years in college and used his passion for film. He also did not lose hope and continued to work harder with more emotion and fear. Varun's success is truly inspiring.

Abhishek Sinha Has Built An Ed-tech Startup For An Online Finishing School...