India's strong player Mirabai Chanu has captured the silver medal in weightlifting in Tokyo Olympics. After all, who is this Mirabai Chanu, let's know about her... 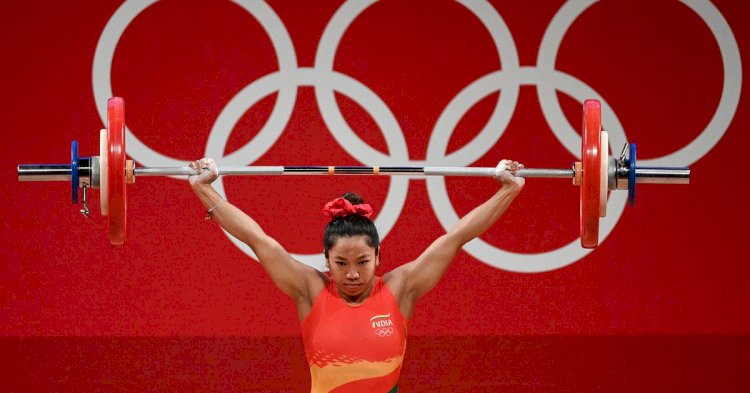 India's strong player Mirabai Chanu has captured the silver medal in weightlifting in Tokyo Olympics. The whole of India was shocked by her victory. After all, who is this Mirabai Chanu, from which the state of India, who has raised the name of India? Let's know about her... Mirabai Chanu is an Indian weightlifter. She has registered her name in the silver medal in the Tokyo Olympics by lifting the weight of 49 kg. The whole country is celebrating this victory of Chanu. At the same time, the whole country including Prime Minister Narendra Modi, Home Minister Amit Shah is congratulating her. Let us tell you that Mirabai Chanu is the only female athlete from India who participated in the weightlifting competition in Tokyo Olympics.

Mirabai Chanu was born on 8 August 1994 in a Hindu family (Mirabai Chanu religion) in Nongpok Kakching, Imphal East, Manipur (Saikhom Mirabai Chanu from Which State). Her family says that she started using her powers at an early age. She used to pick up the biggest bundle and take it to her house.

If we talk about Mirabai Chanu's world record, Mirabai Chanu has made many world records in her name. She got the country the first medal in the Tokyo Olympics (Mirabai Chanu Olympics). She registered his name for the silver medal by lifting the weight of 49 kg. At the same time, in the World Championships in 2017, she illuminated the name of the country by winning the gold medal. Not only this, she won a gold medal in Commonwealth Games 2018 and a silver medal in 2014. 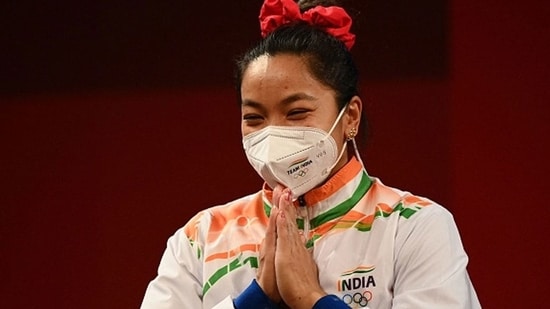 In 2018 Saikhom Mirabai Chanu was awarded the Rajiv Gandhi Khel Ratna, India's highest civilian sports honor. In the same year, she was also awarded the Padma Shri by the Government of India.

Mira Chanu was the youngest of six siblings in her family who lived on limited resources. As a child, she often had to help her parents and older siblings to get firewood to live on. She wanted to become an archer as a child but she used to lift heavy wooden bundles easily, which was difficult even for her elder brother. Due to her high physical ability, she moved towards weightlifting and is now making India proud.

Her ambition was inspired by another Manipuri Kunjarani Devi. The decision was not entirely wrong despite the fact that there were as many obstacles. She had to walk 14 kilometers to go to school and practice as a child, often changing two buses. But the job of ticket management in Indian Railways was a blessing for her as Chanu managed to feed his family and also taught him a lot that she had financial security.

Chanu is India's only weightlifter at the Tokyo Olympics and she had a lot of shoulder pressure at the barn door. But in the end, she made those dreams come true and a nation that hosts 1.3 billion people.

Prime Minister Narendra Modi called Mirabai Chanu and congratulated her. Mirabai is also very happy to talk to the PM. He said that after winning the medal, many people got the best wishes but the PM himself called him, it is a matter of great happiness and pride for him. Let us inform you that PM also tweeted on Mirabai Chanu's victory and shared a photo, in which PM Modi is shaking hands with Mirabai Chanu.

Why These Batchmates From IIT Delhi Decided To Bring Startup For Feminine...

Ahead Of Wedding, Bride-To-Be Neha Kakkar Shares Photos Of Rohanpreet's...