According to the reports of a leading entertainment portal, Sonu Sood is all set to appear on India’s Best Dancer as a special guest in the upcoming episode, after The Kapil Sharma Show. 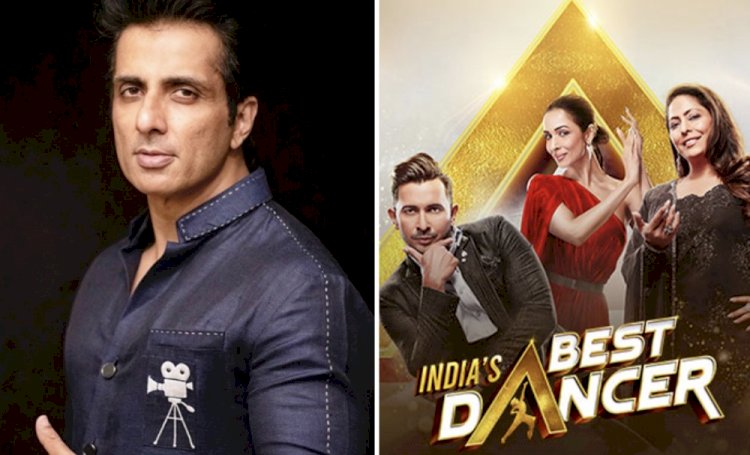 Television shows are back to provide the daily dose of entertainment to the viewers. Various new twists have been introduced by the makers to keep the content even more enjoyable and engaging for the audience. India’s Best Dancer, since it’s inception has kept its viewers hooked with its amazing performances. The show has brought forward incredibly talented people who are competing against each other to grab the winner's trophy. The judges' panel is illuminated by the terrific trio - Maliaka Arora, Geeta Kapur, and Terrence Lewis. The show is hosted by the queen of comedy Bharti Singh and her hubby Haarsh Limbachiyaa. The contestants are assessed in every aspect. A special guest, every week enlightens the show and motivates the contestants to go on and do their best. The reports by Pinkvilla suggests that Sonu Sood is all set to appear as a special guest on India’s Best Dancer.

Sonu Sood has earned the tag of ‘messiah’ in these difficult times of the pandemic. For the unversed, Sonu has helped a huge number of people in their difficult times in the midst of this ongoing Covid-19 Pandemic. The actor has been a great support to the distressed people, migrant workers and has helped them to a great extent.

This is the second reality show that he will be attending post the Coronavirus lockdown. Recently, he was also seen in The Kapil Sharma Show as a guest. TKSS team has returned with new episodes after a gap of almost four months. On the comedy show, Sonu shared his experiences of helping the agonized people. While he was left emotional by people's gratitude towards him, he also had some joyful moments as he revealed some goofy secrets.

The reports suggest that the actor was shooting with the team of India's Best Dancer yesterday i.e. 10th August. It’ll surely be interesting to see this ‘real-life hero’ motivate the contestants on the show. We are definitely very excited, are you?

Celebrity Chef Vikas Khanna Has Partnered With Paytm For Distributing...

The Success Story Of A Mother Entrepreneur- Learn How She Became The Owner...

From A Small Paan Shop To A Food Manufacturing Company With A Business...