On Friday, Premier Narendra Modi is to send the nation Kosi Mahasetu. Darbhanga must, however, wait a few more days for Mithilanchal to enter. The train passes through Supaul to Saraigad via Kosi Mahasetu and goes to the Asanpur-Kupha Halt. 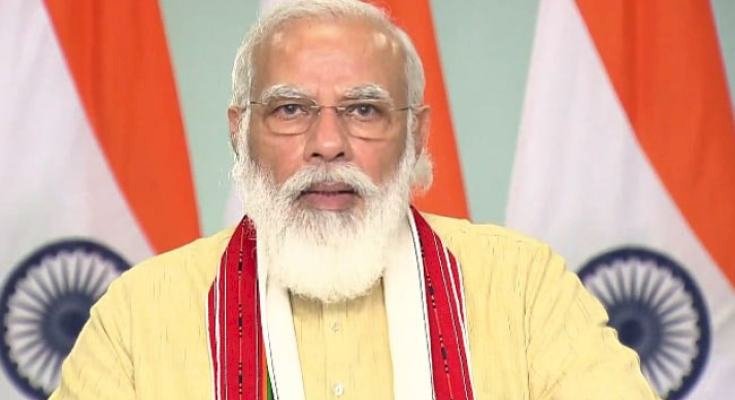 The Central Government provides a variety of schemes before the Bihar Assembly elections. Prime Minister Narendra Modi will open the Kosi Rail Mahasetu on Friday, 18 September which will connect Mithilanchal via the video conference. Furthermore, with the inauguration of many schemes for the Samastipur railway division, Prime Minister Modi will take the Supaul operations to the DEMU Asanpur-Kupha train. Earlier, preparations were initiated by a team of Divisional Officers headed by DRM Ashok Maheshwari. Let me mention that in 1887, Nirmali was related to Bhaptiyahi (Saraigad), devastating as a result of a 1934 earthquake. The foundation stone of Kosi's Mega Bridge Line Project was laid on the 6th June 2003 by then Prime Minister Atal Bihari Vajpayee, at a ceremony held at Nirmali University. His dream will be fulfilled. The historic Mahasetu Railway is 1.9 kilometers long and has been constructed on Rs 516. The Sitamarhi, Samastipur-Darbhanga-Jayanagar, Samastipur-Khagaria section of Muzaffarpur in Samastipur division, is also to inaugurate the railway electrification projects for Premier Modi.

On Friday, Premier Narendra Modi is to send the nation Kosi Mahasetu. Darbhanga must, however, wait a few more days for Mithilanchal to enter. The train passes through Supaul to Saraigad via Kosi Mahasetu and goes to the Asanpur-Kupha Halt. From Asanpur-Kupha Halt up to Jhanjharpur Station work is underway. Between these two stations, five more small bridges are to be built. Once this work has been completed, Kosi will be linked with Darbhanga station in Mithilanchal.

Premier Narendra Modi will introduce 5 major railway Samastipur schemes and also flag 3 trains. PM Modi has flagged the powerful Lichchavi Express from Sitamarhi to Anand Vihar Terminal, Demu to Supaul-Saraigarh-Asanpur-Kupaha Station, and a Saraigarh-Raghopur DEMU train, via digital video conferencing according to DRM Ashok Maheshwari. According to the newsgroup. Oh, going to do. In addition, the Muzaffarpur-Sitamarhi, Samastipur-Darbhanga-Jayanagar railway projects will be inaugurated in Samastipur-Khagaria.

The official team began to plan

The railway's team, headed by DRM Ashok Maheshwari of Samastipur Railway, has begun planning for Premier Narendra Modi's launch program. The video conference work done so far has been investigated by GM of the East Central Railway. The DRM and 2 ADRMs are in the process of planning a curriculum overview that will be held at three locations in the Mandal. Work continues at every stage, from the decoration of trains, building of the platform, installing digital equipment at the premises.

"Don’t dream your life, live your dream" - Grab Your Motivation To Do...