James Joseph, the founder of Jackfruit 365, a company that sells the fruit in a freeze-dried state, is the brain behind this new study. 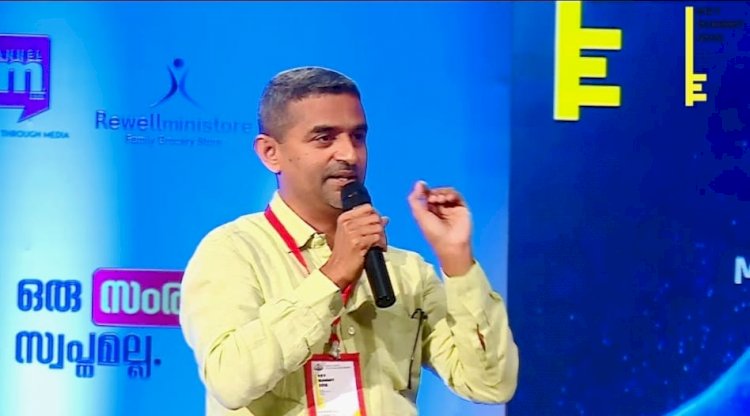 “ A healthy body is the first requisite of happiness.”

The largest tree fruit in the world, jackfruit -- sometimes called "jackfruit" or "jak" -- can be up to 3 feet long and 20 inches wide. The rind of jackfruit is green or yellow and spikey. Although it gives off a smell of rotting onions when it's ripe and ready to eat, the pulp inside smells and tastes far better: like a cross between pineapple and bananas. You can eat the seeds, too. And a jackfruit has plenty of them -- up to 500. Jackfruit has many health benefits that have been clinically proven, it reduces blood sugar levels and helps reverse diabetes. Recently, a study approved by the Indian Council of Medical Research, it was found that people who mixed 30 grams of green flour made from jackfruit for three months in their wheat dough showed improvement in their plasma glucose levels.

James Joseph, the founder of Jackfruit 365, a company that sells the fruit in a freeze-dried state, is the brain behind this new study. His company was started eight years ago, and it sells frozen jackfruit, which has a better shelf life and goes back to its original form if soaked in lukewarm water. James Joseph who is 49 years old, recently was awarded a  National Startup India award, for ‘Food’ in the category ‘Food Processing’ for his new product – a green jackfruit flour. This invention has certainly brought changes in various lives and hopefully will keep doing so. He describes his flour idea as an Accidental discovery when once talking to a diabetic priest, the priest mentioned that exchanged his rice with unripened jackfruit in his diet and after a few days, his insulin intake lowered. James always knew about the benefits of jackfruit in the life of diabetic patients, and how many of them substitute it to maintain the carbohydrate intake. Thus he got the idea to develop a flour. This happened around the same time when his book ‘God Own Office’ was published. Impressed by the book, former President of India, APJ Abdul Kalam invited him for a meeting in Delhi. He shared his discovery with him, and Dr. Kalam promised to help him. Unfortunately, he passed away, but James worked on it for 5 years and it bore fruitful results ‘Green flour was ready’.