Journey from Dalal Street, To An Entrepreneur And A Billionaire! - D Mart’s Radhakishan’s Inspiring Success Story

An entrepreneur, investor and the founder and owner of DMart Mr. Radhakishan Damani is the founder of the mega-retail chain stores “D-Mart” in India. let's know about his journey from Dalal street to an entrepreneur and then to becoming a Billionaire. 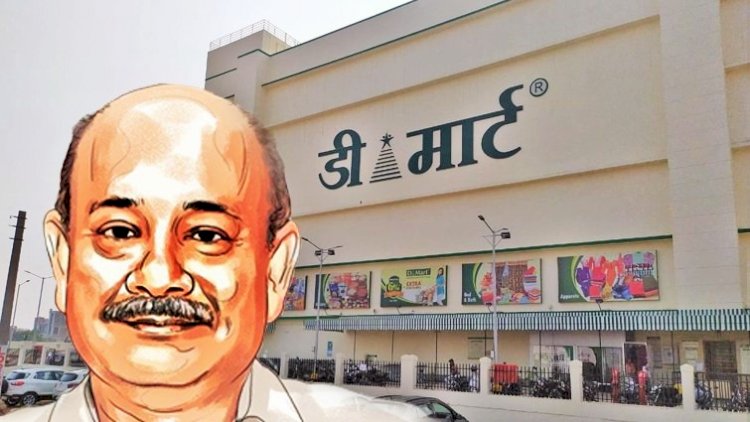 The seventh richest man of India, an entrepreneur, investor, and the founder and owner of DMart Mr. Radhakishan Damani is a name known to many people across India. Many of you may have also come across his success story and his journey till here. The road to fame is never easy.  However, the struggle or the scratch part is known to the least. Today, I will let you know about his journey from Dalal street to an entrepreneur and then to becoming a Billionaire.

Let’s read the journey of RK Damani and how he came till here today!

Radhakishan Damani was born in an Indian Marwari family on 15 March 1954 in Bikaner, Rajasthan.  He is one of the few self-made billionaires in the country.

His family was from a business background which naturally led him to have an inclination towards business. RK Damani dropped out of his Bachelor of Commerce degree and came into their family business of stockbroking.

Now, Radhakishan Damani is the founder of the mega-retail chain stores “D-Mart” in India. He is considered the king of the Damani retail business.

After Radhakishan Damani started his career as a stockbroker it took no time for him to understand that if he wants to earn money from the market he needs to invest and trade his own money in the stock market, instead of just being a stockbroker. And with that consent, soon he started stock trading his in the Indian stock market.

He made huge profits from his stock trading practice. His gameplay was to make profits using different market swings. All his ideas and business techniques made him a flexible trader. Some of the few best-performing stocks from his portfolio are Century textiles, Indian Cement, VST Industries, TV Today Network, Blue Dart, Sundaram Finance, 3M India, Jubilant FoodWorks, and many more. His stockbroking business started at the age of 32, after the death of his father.

In the year 2001, he already reached heights but still chooses to quit the stock market business and decided to enter the retail industry. Soon, he launched Dmart supermarkets and hypermarket chain.

Now Dmart has now become the 18th most valuable company in the country. Its market cap is more than Bajaj Finserv and Nestle.

The main objective and focus of D’Mart are to offer customers good products at a great value. RK Damani lives a very simple life and is a very humble and down to earth person. Most of the time, he wears a simple white shirt and white trousers.  He does not prefer public gatherings and media coverage.  He is a simple person and loves the simplicity of life. According to the Time Billionaire Index, Radhakishan Damani has total assets are $ 17.9 billion.

This story will definitely inspire a lot of people to do what they desire rather than choosing a high-end degree and following the trend.

Do what you wish to do is the best way to get success.

My dear folks do let us know your views on the same and till then stay tuned for further upcoming updates.

Tesla Is Set To Open Up Its Supercharger Network To Other Evs Later This...